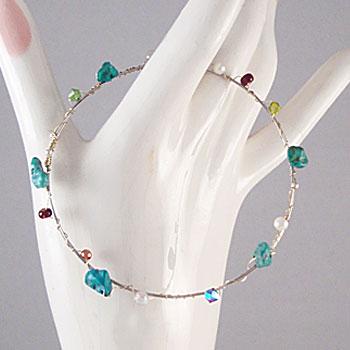 Davy Knowles’s one-of-a-kind guitar string bracelet made out of Davy’s used/played guitar string. Bracelet is designed by 2x breast cancer survivor Elisa Guida and contains turquoise chips, Swarovski crystals and other fun beads. Due to the high demand of the StringsforaCURE® jewelry, orders take 6-8 weeks to complete. These are hand made and may vary slightly. Once your order is placed, you will receive an email for your hand and wrist measurements to make sure your bracelet will fit properly.