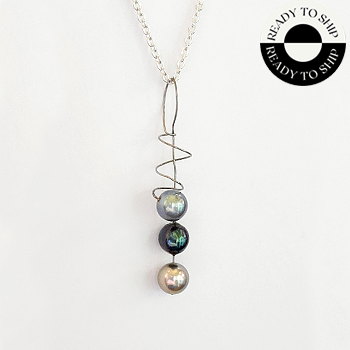 Jimmie Vaughan donated ONE set of strings from his brother’s guitar “Butter” to StringsforaCURE® on October 3, 2018, on what would have been Stevie’s 64th birthday. The guitar had been on display at the Rock N Roll Hall of Fame. The strings were played in 1990, prior to Stevie’s sudden death.

Please note in the description: This pendant is Ready to Ship.

Make sure to watch the video below with Jimmie Vaughan. Make sure to click on the Musician’s Release form to see Jimmie’s authentication of the strings.

READY TO SHIP! One-of-a-kind Stevie Ray Vaughan guitar string pendant made out of Stevie’s used/played piece of his B string. Jimmie Vaughan donated the strings from his brother’s guitar “Butter” to StringsforaCURE on October 3, 2018, on what would have been Stevie’s 64th birthday. The guitar had been on display at the Rock N Roll Hall of Fame. The strings were played in 1990, prior to Stevie’s sudden death. Jewelry is designed by 2x breast cancer survivor Elisa Guida.  Pendant is app. 1 & 1/2″ in length and contains a 5.5mm greyish freshwater pearl, a 5.5mm blackish freshwater pearl and a 5.5mm silver grey freshwater pearl. Pendant comes with a 16, 18 or 20″ sterling silver chain. There is ONLY ONE of these pendants.  Comes with a collectible card. Please click into the Musician’s Release Form, to view our Certificate of Authenticity.  This pendant is already made and will leave my studio in the next 5 – 7 days of when you place your order.

With his astonishingly accomplished guitar playing, Stevie Ray Vaughan ignited the blues revival of the ’80s. Vaughan drew equally from bluesmen like Albert King, Buddy Guy, and Albert Collins and rock & roll players like Jimi Hendrix and Lonnie Mack, as well as jazz guitarists like Kenny Burrell and Wes Montgomery, developing a uniquely eclectic and fiery style that sounded like no other guitarist, regardless of genre. Vaughan bridged the gap between blues and rock like no other artist had since the late ’60s. From 1983 to 1990 Stevie Ray was the leading light in American blues, consistently selling out concerts while his albums regularly went gold. His tragic death in 1990 at age 35 cut short a brilliant career in blues and American rock & roll just as he was on the brink of superstardom.

Born and raised in Dallas, Vaughan began playing guitar at age 7, inspired by older brother Jimmie. By age 12 he was playing in garage bands, and within a few years he joined semi-professional bands that occasionally landed gigs in local nightclubs. At 17 he dropped out of high school to concentrate on playing music. In 1970 Stevie was playing in a nine-piece horn band and then formed his first blues band, Blackbird, a year later. Blackbird moved to Austin and after a few more stints in various bands Vaughan joined Paul Ray and the Cobras in 1975. The Cobras were Austin’s Band of the Year in 1976. After paying his dues as a sideman Stevie formed Triple Threat Revue in 1977. Triple Threat also featured bassist W.C. Clark, and vocalist Lou Ann Barton. Barton left the band in 1979 and the group became Double Trouble, the name inspired by the Otis Rush song. Double Trouble featured Jack Newhouse on bass, Chris Layton on drums and Vaughan became the band’s lead singer. In 1981 Tommy Shannon joined on bass and the power trio was set.

Through the early 1980’s Stevie Ray Vaughan and Double Trouble played the Texas club circuit, becoming one of the most popular bands in the area. In 1982 the band played the Montreux Jazz Festival and their performance caught the attention of David Bowie and Jackson Browne. After Double Trouble’s performance, Bowie asked Vaughan to play on his forthcoming album, Let’s Dance, which, with Stevie’s lead guitar on six of the eight songs, became Bowie’s best selling record to date. After an after-hours jam in the artists’ bar Jackson Browne offered the group free recording time at his Downtown Studio in Los Angeles. Shortly afterward, legendary producer John Hammond landed Vaughan and Double Trouble a record contract with Epic, and the band recorded its debut album in two days over the Thanksgiving weekend at Downtown Studios.

Vaughan’s debut album, Texas Flood, was released in the summer of 1983, a few months after Bowie’s Let’s Dance appeared. Publicity over Stevie’s management pulling him from Bowie’s 1983 world tour in order to support Vaughan’s own record earned him quite a bit of attention, but Texas Flood was a blockbuster blues success; receiving positive reviews in both blues and rock publications, reaching number 38 on the charts, and crossing over to album rock radio stations. Vaughan and Double Trouble set off on a successful tour and quickly recorded their second album, Couldn’t Stand the Weather, which was released in May of 1984. The album was more successful than its predecessor, reaching number 31 on the charts; by the end of 1985, the album went gold. Double Trouble added keyboardist Reese Wynans in 1985, before they recorded their third album, Soul to Soul. The record was released in September 1985 and was also quite successful, reaching number 34 on the charts.

Although his professional career was soaring, Vaughan was sinking deep into alcoholism and drug addiction. Despite his declining health, Vaughan continued to push himself to the point of collapse in Germany in late September 1986. Almost three weeks of the European tour were cancelled while Vaughan successfully rehabilitated back in the States. The band released the double live album Live Alive in November of 1986 and launched an extensive American tour in support. Although the band’s touring schedule slackened slightly, Vaughan performed many concerts in 1988, including opening for the Robert Plant tour, a headlining gig at the New Orleans Jazz & Heritage Festival, a European tour and he still found time to record his fourth album. The resulting record, In Step, appeared in June of 1989, peaking at number 33 on the charts, earning a Grammy for Best Contemporary Blues Recording, and going gold just over six months after its release.

In the spring of 1990 Stevie Ray recorded an album with his brother Jimmie, which was scheduled for

release in the fall of the year. In the late summer of 1990, Vaughan and Double Trouble set out on an American headlining tour. On August 26, 1990, their East Troy, WI, gig concluded with an encore jam featuring guitarists Eric Clapton, Buddy Guy, Stevie Ray Vaughan, Jimmie Vaughan, and Robert Cray. After the concert, Stevie Ray boarded a helicopter bound for Chicago. Minutes after its 12:50 a.m. takeoff, the helicopter crashed, killing Vaughan and the other four passengers. He was only 35 years old.

Read the entire Bio at his website: https://www.srvofficial.com/
<!–
Family Style, the Vaughan Brothers album was released in September and entered the charts at number seven. Family Style began a series of posthumous releases that were as popular as the albums Vaughan released during his lifetime. The Sky Is Crying, a collection of studio outtakes compiled by Jimmie, was released in October of 1991; it entered the charts at number ten and went platinum three months after its release. In the Beginning, a recording of a Double Trouble concert in 1980, was released in the fall of 1992 and the compilation Greatest Hits was released in 1995. In 1999, Vaughan’s original albums were remastered and reissued, with The Real Deal: Greatest Hits, Vol. 2 also appearing that year. 2000 saw the release of the four-disc box SRV, which concentrated heavily on outtakes, live performances, and rarities.
–>
Craig Hopkins, author of Stevie Ray Vaughan: Day By Day, Night After Night, contributed to this article.