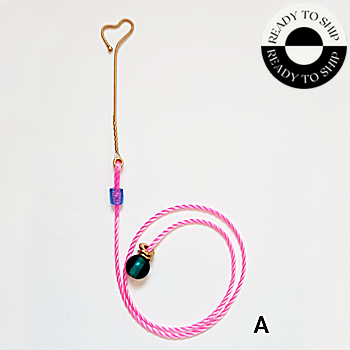 Bookmarkers made out of Melissa Etheridge guitar strings.

There are 3 heartstring book markers Already Made & Ready to Ship! Choose A, or C in the drop-down menu. B is SOLD

Etheridge, who continued to churn out studio albums, including the 2004 recording Lucky, found her life derailed when she was diagnosed with breast cancer. Etheridge would go on to make a full recovery, but just like so much else in her life, she wasn’t afraid to expose her illness or the struggles that came with it as she fought the disease. Read more at: https://www.melissaetheridge.com/